The "Pennsy", more than a Monopoly piece 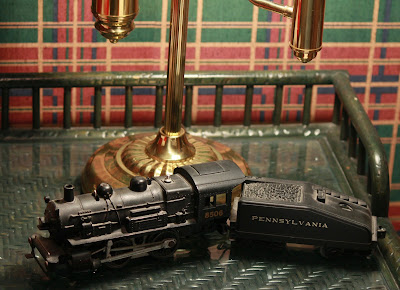 A Lionel Locomotive and tender. Many of us found this one under the Christmas tree. 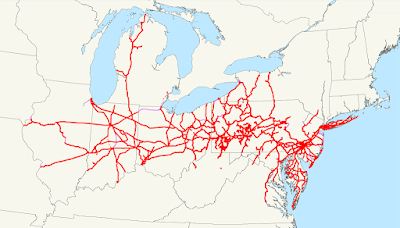 The Pennsylvania Railroad was founded in 1846. Commonly referred to as the "Pennsy," the company was headquartered in Philadelphia, Pennsylvania.

The PRR was the largest railroad by traffic and revenue in the U.S. for the first half of the twentieth century. Over the years, it acquired, merged with, or owned part of at least 800 other rail lines and companies. At the end of 1925, it operated 10,515 miles of rail line and in the 1920s, it carried nearly three times the traffic as other railroads of comparable length, such as competitors Union Pacific, the Atchison, Topeka & Santa Fe, and its most notable rival, the New York Central. NYC carried around three-quarters of the Pennsy's ton miles.

At one time, the PRR was the largest publicly traded corporation in the world, with a budget larger than that of the U.S. government and a workforce of about 250,000 people. The corporation still holds the record for the longest continuous dividend history: it paid out annual dividends to shareholders for more than 100 years in a row.

In 1968, PRR merged with rival NYC to form the Penn Central Transportation Company, which filed for bankruptcy within two years. The viable parts were transferred in 1976 to Conrail, which was itself broken up in 1999, with 58 percent of the system going to the Norfolk Southern Railway (NS), including nearly all of the former PRR. Amtrak received the electrified segment east of Harrisburg. 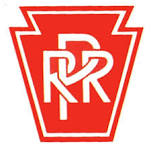 Posted by Along Country Roads at 12:01 PM